skip to main | skip to sidebar

COMPANION from Noah Ruderman on Vimeo.

I mean seriously, what other web site exists where you can simultaneously buy a new BMW, a dairy goat milking stand, a 20 inch Cymbal for $1, 90% clean dirt for FREE and a double jointed Indonesian tranny with a foot fetish?

So I recently got engaged and decided to move in with my fiance.  When I looked around her place and asked where I should put all of my furniture she immediately replied "on Craigslist."

So yesterday I sold my kitchen table to two young hipster types.  After they left with the table, I received a strange and slightly disturbing text from one of the youngsters.

Ummm.....say what???  Did this guy think he had looked me up in a different Craigslist section?

I didn't want to be rude so after immediately grabbing my things and running-the-hell-away-as-fast-as-I-could I sent back a polite response, only to then realize it was, well, a little misunderstanding.

Aaah, Craigslist.  You are always surprising me.  Maybe that's why I love you so much.

First off, apologies.  My time between posting new blogs has been almost as long as two Kim Kardashian marriages. I'd like to give you a good reason like I was busy doing undercover work at a local high school 21 Jump Street style (1987 TV show style not 2012 feature film style) but the real reason is that I've been too busy listening nonstop to Kanye West & Jay Z's Watch the Throne album.

But I'm back and let's get right back to another one of my (many) unproduced screenplays.

In the summer of 2003 I began working with a producer who specialized in making cheap direct to video sequels of major feature films.  He would buy unused film footage from the original film and combine that with newly shot footage to make the film look more expensive then it would actually cost (ie over $5.)

I was hired to write his direct to video sequel to The Perfect Storm, the 2000 George Clooney film adapted from the non-fiction book by Sebastian Unger, about the crew of the Andrea Gail, a fishing boat that was lost in a 1981 storm on its way back to Gloucester, Massachusetts.

The "sequel" was basically an entirely new fictional story complete with new characters (having the same characters would likely require a-*spoiler alert*-zombie aspect) set in the crab fishing town of Cordova, Alaska.

This is a 1984 flashback scene from the opening of the script. 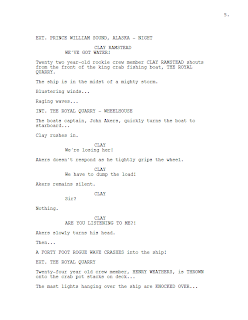 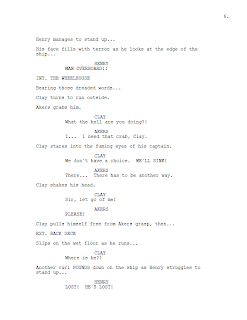 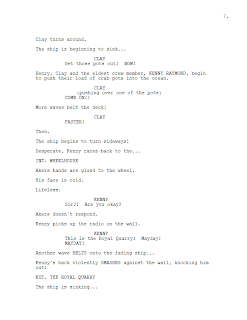 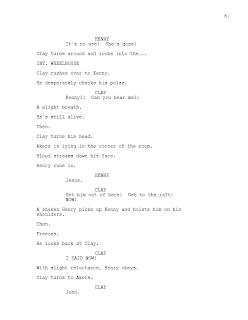 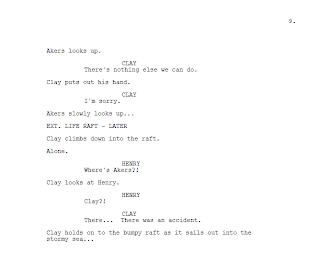 Next up, my Die Hard/Clear and Present Danger inspired script about a President who takes the White House hostage called Legacy.
Posted by Noah at 2:09 PM 0 comments

The Powers was my first, and only since, attempt at writing an orginal television pilot.
It is a drama/comedy/thriller/mystery/action/horror/suspense/romance about Daniel Larson, a Los Angeles detective, who returns home to his small Connecticut town twenty years after his parents died from a car accident.
Or was it an accident?  More importantly, why the hell are there a bunch of evil fallen angels running around town trying to kill people and how is Daniel the key to stopping them?
Here is the opening scene, a flashback to the day his parents died. 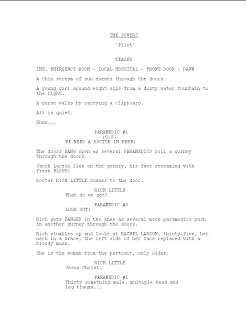 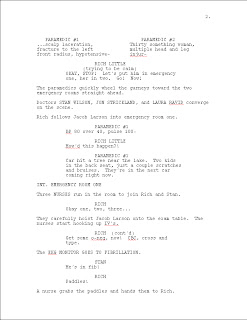 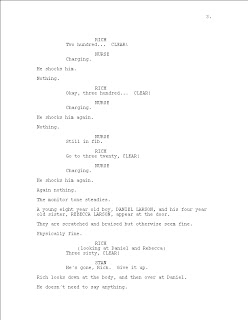 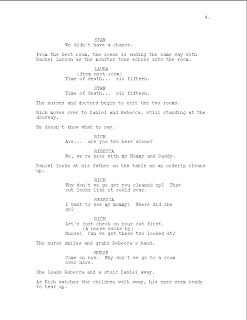 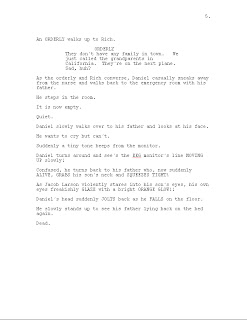 Next up, APPROACHING STORM, a script I was once hired to write as a sequel to The Perfect Storm.  (Yes, I'm talking about the George Clooney movie.)
Posted by Noah at 8:30 AM 2 comments

Freaks and Geeks, Seinfeld, Veronica Mars, Firefly, Curb Your Enthusiasm, Alias, Homicide...  Some of my favorite television shows of all time.

But the one show that will always stand at the top is Buffy the Vampire Slayer.

I started watching Buffy right after I graduated college in 1998 and never missed an episode until the show ended in May of 2003.  The series included maybe the most realistic look at death ever put on television, season five's "The Body", one of the most original TV episodes ever produced, the almost dialogue-free Emmy nominated "Hush" from season four, James Marster's brilliant monologue from season seven, and, of course, my all time favorite episode of any television show-ever-period, the now classic musical episode from Season 6 "Once More With Feeling."

So of course I had to take my own stab (pun intended) at writing a Buffy screenplay.

Here is a scene from "That Campy Feeling," where the gang goes on a seemingly harmless camping trip and runs into some..well, trouble. 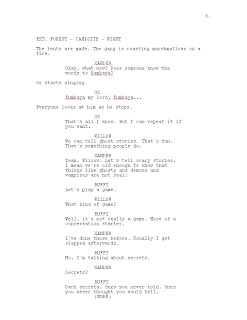 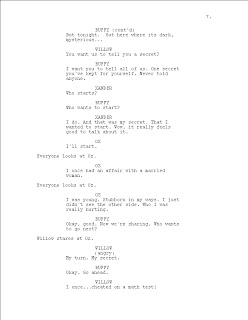 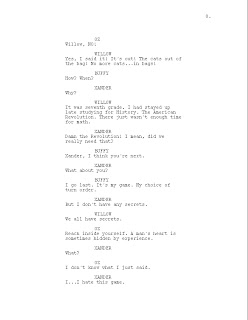 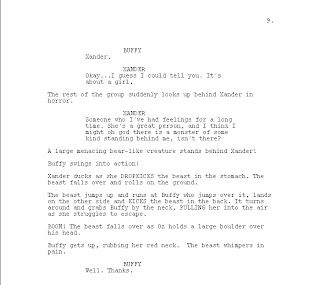 Next up, my second television script, an original pilot called The Powers.

Last week I did a show in Santa Monica where I had my first experience dealing with a drunk homeless woman in the audience.

Obviously it was awesome.

Email ThisBlogThis!Share to TwitterShare to FacebookShare to Pinterest
Labels: Comedy, homeless, Stand Up

I woke up this morning really wanting to know how often lunar eclipses occur.  Google almost got it right. 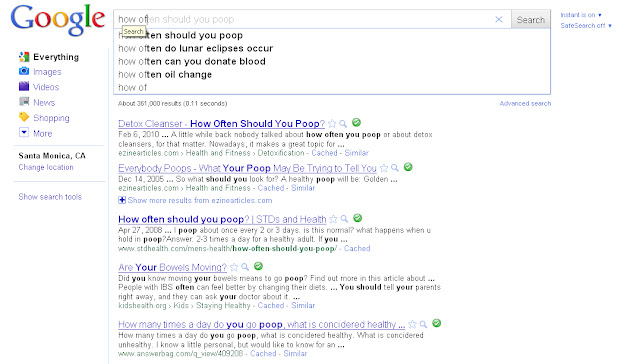 My mom recently discovered Facebook.  I fear what's next. 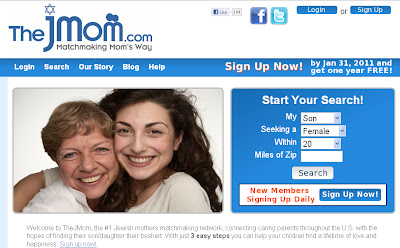 Be The Match For John Huss To Post A Status Update

I made the decision to register to become a bone marrow donor with Be The Match, the National Bone Marrow donor program. It has inspired me to do more. And for that, I'll need your help. Please join my facebook group and together we can do the unthinkable. We can get John Huss to post a status update.